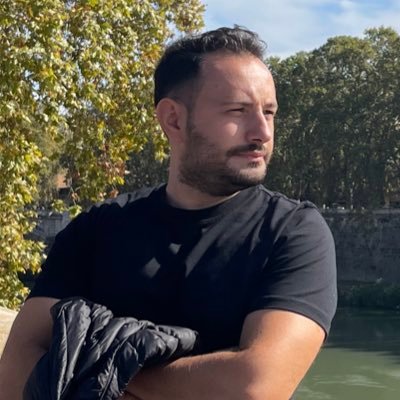 This software improves the way of dealing with the massive workload, increases the scale of any company's infrastructure, and provides many other benefits related to virtualization products. A typical example of the usage of this technology is shared web hosting or cloud hosting providers.

It is not easy to declare any virtual software as a leading one in the virtualization market. So, we have carefully researched and have made a list of the best server virtualization software to help you find the platform which makes sense for you. Let's dig in together in the article below.

VMmanager is a perfect solution for all who want to kick start their project using different operating systems. Since VMmanager allows all its users to install Linux and Windows on virtual machines to provide the best services, it is a reliable option.

For all the computing and networking, we suggest you use VMmanager because it is a convenient tool for centralized management. VMmanager server virtualization software encourages you to join all your company’s physical servers and network storages into a single group and eventually turn it into a conveyor belt serving your business objectives at its best.

VMmanager offers excellent pricing for its users depending upon their company's needs and objectives. However, creating virtual serves takes less than 2 minutes, allowing you to live migration with a few clicks.

VMmanager pricing is very flexible and depends on your infrastructure volume.

VMware vSphere is an ideal option for large companies having heterogenic environments as it is designed to take a lot of workloads. Since it’s an incredible blend of security, visibility, and migration as it consists of a hybrid cloud, you will never find a server virtualization software with secure applications in a typical operating environment.

VMware vSpherecan protects the hybrid cloud infrastructure following its built-in intrinsic security. With VMware vSphere, your operating system is always welcome to stop malware and ransomware in its track effectively.

VMware vSphere is offering four pricing plans for its users depending upon their company’s requirements:

Red Hat Virtualization is for you if you look for server virtualization solution software that could be best at fixing workload in the Linux and Microsoft environments. An easy and friendly users interface will make you manage your work efficiently in a short time. However, it requires significant server density and is a compatible tool for large deployments.

Red Hat virtualization is capable of processes, applications, and virtualized resources due to its Red Hat Enterprise Linux and the (KVM) Kernel-based Virtual Machine. This virtual server will help your company's infrastructure, networking resources, regulate the storage, and improve its efficiency according to the workload optimization.

Proxmox VE consists of an intelligent combination of two virtualization technologies, including KVM (Kernel-based Virtual Machine) and LXC for virtual machines and containers. Moreover, users are encouraged to virtualize Linux and Windows server application workloads by using Proxmox VE. It is best known for large deployment, and no doubt it has the most stable centralized web-based management, which is user-friendly.

This powerful platform of virtual servers has several things to offer like high availability, managing software-defined storage and networking and clusters due to its centralized, built-in web interface. However, you can also enjoy other out-of-the-box tools, including backup, restore, live migration, storage replication, and the most critical built-in Proxmox firewall to protect the system.

Proxmox VE is the most used worldwide server virtualization management software having around 2.3 million installations. It can be translated into over 20 languages to provide a better end users communication experience worldwide.

Microsoft Hyper-V is the best server virtualization software that works effectively in an open-source environment and the Microsoft ecosystem. Moreover, it can support multiple hardware at once and offers many advanced features to its users without any additional license fee, which eventually makes it cost-effective among the others.

Compared to other virtual servers, Azure Hyper-V includes various virtualization tools to enhance the connectivity and management of the operating system. These consist of the Virtual Machine Connection, the Hyper-V Manager, the Windows PowerShell Direct, and the Hyper-V module for WindowsPowerShell.

There is no problem expanding private clouds because Microsoft Hyper-V provides easy setups. Improve disaster recovery or run a virtual desktop infrastructure (VDI) with Hyper-V. However, it also supports emulated and Hyper-V-specific devices having FreeBSD VMs and Linux. There is no need for any additional emulated devices while using Microsoft Hyper-V.

Microsoft Hyper-V offers four plans, and they are very cost-effective.

Now improve the scalability and performance of your business under an incredible workload. If you are looking for large deployments, then do consider Citrix Hypervisor. Moreover, its centralized management simplifies the operational management and ensures the high definition user experience.

Additionally, it shows excellent compatibility with Microsoft, Google, and AWS. Xen Hypervisor has the best security to provide. It gives the opportunity of live migration with ease, and good storage makes it a fantastic option for your company.

Apart from offering a free trial for a month, Citrix Hypervisor has three pricing plans for its users:

Oracle VM Server is a small box consisting of numerous good stuff. It is a popular choice since it is an open-source virtualization software platform and can create emulated machines on Windows, Linux, Mac OS X, and Oracle Solaris systems. For all the tech-savvy users, its high customizability is all you need to have for your work.

Oracle VM Server has an easy users interface. This virtual server keeps itself updated about the changing market trends and frequently improves its features to provide better quality to its users. However, it is open-source but also has extension packs that are easily downloaded to extend the functionality of your selected base package.

Oracle VM server is entirely accessible for its users, consisting of professional tools and all extension packs.

IBM PowerVM is the perfect choice for all the AIX, IBM Linux, and IBM clients due to its open-source working environment. If your IBM's solution proves over-engineered, don't be afraid because IBM PowerVM got you all the necessary tools. This virtual server is a suitable option for enterprises with cost-effective plans. If you own a small business, you need a little help dealing with complex solutions.

It uses hypervisors which are quite flexible. Hence, it helps provide cloud services with faster provisioning by automating the deployment of VMs and storage. Additionally, it shortens the downtime via mobility between servers. IBM PowerVM brilliantly combines all the workloads onto fewer systems which eventually promotes the more utilization of resources and reduces costs.

Please remember that IBM PowerVM efficiently shares resources with all the applications working in the operating system to improve the performance of multi-cloud infrastructure.

IBM PowerVM plans start with $590 per core, and it differs according to their client's needs and requirements.

Virtuozzo is best known for its open-source Kernel-based Virtual Machine (KVM) platform services. It has added multiple enhancements to KVM, thus making it the popular setup to provide commercial support. Virtuozzo is compatible with all the public cloud infrastructure, management, storage, and Virtualization.

Virtuozzo is a win-win option for all small-scale businesses. Moreover, it shows supports in virtualizing Linux servers and SMBs. However, it is a perfect combination of software-defined storage, containers, and Virtualization in one place since it is compatible with improving the scalability of around 50 virtualization instances per server.

To enhance the hardware upgrades and load balancing between multiple hosts, this virtual server helps migrate containers and virtual machines between the physical servers through a command-line interface.

Apart from the free trial, Virtuozzo charges $990 per business for a month.

ScaleWay is a cloud-based server that makes the best sense to your business. It has a variety of quality features. There is a wide range of pricing plans offered by ScaleWay for its users to facilitate them at their best. Please keep in mind that ScaleWay virtual server charges only for the used services hourly, making it a fair deal.

No setup fee makes the setup process quick and easy. The cloud server with ARM processors have around 32 and 64 bits; with Intel, they have 64 bits and with capacities from 1 core to 64 cores for ARMv8 and 12 cores for Xeon D. ScaleWay shows excellent compatibility with Linux and have servers supported with SSDs, which eventually increase the steps around 50GB.

ScaleWay updates its system regularly according to the changing market trends. Moreover, it supports IPv6 on all cloud servers and has backup options for users' quality experience.

Apart from free trials, ScaleWay also offers multiple plans according to your business needs. For example, instances are currently available from approximately 0.002925 of a cent per hour for Stardust, which comes with one virtual central processing unit (vCPU) and 1 GB of RAM. Please visit the official site to choose the right plan.

What is server virtualization software?

Each virtual server is compatible to run on its operating system independently. Server virtualization software is used by almost every company in the modern days. It is entirely safe and easy to use.

They have several key benefits to offer, including:

What is the best server virtualization software?

In my opinion, from our list, as mentioned earlier, of best server virtualization software, VM vSphere is the best virtualization software. It is excellent at dealing with heterogenic working environments, making it a virtual server that can afford a heavy workload. Moreover, it compromises the performance and increases the scalability up to 50%. At last, it has in-built intrinsic security hence protecting the hybrid cloud infrastructure at its best.

What is server virtualization with an example?

Typical computer systems are designed to give support to single applications. We use server virtualization technology to support multiple applications at once with one hardware. Server virtualization is a technology that divides one operating system into numerous yet independent user spaces, which are eventually called virtual environments to improve work efficiency.

What are the three types of Virtualization?

What are the different components of server virtualization?

Components of server virtualization include the following:

Why is server virtualization important?

Many things make server virtualization necessary. One of them is that it is cost-effective service providers like web hosting. Moreover, it utilizes all the pre-existing resources to improve the IT infrastructure of a company.

Additionally, all servers only utilize a tiny part of their processing power without server virtualization, resulting in servers sitting still without doing any work. Because all the workload is distributed to only a portion of the network's servers, this situation makes the data center consolidation crowded with new servers, which leads to the wastage of resources and power.

Another reason for having server virtualization is that it divides each physical server into different yet unique virtual servers, which act more like a physical device. Each virtual server is independent and runs on its applications and operating system. In this way, more resources are used and efficiently increase each physical machine's capacity.

Disclosure: This page contains external affiliate links that may result in us receiving a commission if you choose to purchase mentioned product. 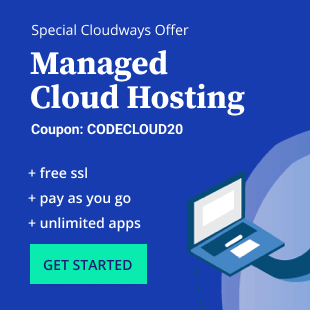